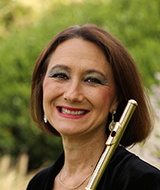 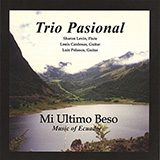 Sharon Levin has performed in Brazil, Costa Rica, Ecuador, France, Switzerland, Germany, Israel, and the U.S.A. She has appeared at Weill Recital Hall at Carnegie Hall, NYC in 1988, 1989, (1991 at Merkin Concert Hall), 1996, 2000, 2002 and 2008 performing solos and chamber music. She has appeared on national television in Brazil, Costa Rica and Ecuador and has been interviewed and performed on New York’s WQXR radio with harpist, Karen Stern. Sharon Levin has won awards from Artists International in 1988, 1989 and 1991 with harpist, Karen Stern and in 1996 as a soloist. She has performed as a concerto soloist in Brazil, Ecuador, France, Connecticut and New Jersey. Since 1988 she was the principal Flutist with the New Jersey Pops Symphony Orchestra until they dissolved in 2002.

Ms. Levin has been performing for over 25 years with harpist, Karen Stern. As the Levin/Stern Duo, they performed in Europe, South America, Central America and the U.S.A. They perform recitals, concertos, educational lecture/performances and for private special occasions. Her Ecuadorian group Trio Pasional, consisting of flute and two guitars recorded two CDs called “Mi Ultimo Beso” (My Last Kiss) and “Reir Llorando” (To Laugh Crying). She hopes this music will heighten the public’s awareness of the need to conserve the rain forests and the cultures with which they coexist. Some of Trio Pasional’s performances have been at Weill Recital Hall at Carnegie Hall, CAMI Hall, NYC, The New York Flute Club Flute Fair, and recently at the International Flute Festival in Costa Rica. Other performances include The Newark Museum, (NJ), The Union County Arts Center, (NJ), First Night in Summit, (NJ), The Jefferson Auditorium, Virginia, and at various metropolitan colleges, universities, and diplomatic events. Sharon has spent several years studying Ecuadorian Mestizo Music and created a publication of this style music for Flute and Piano with the help and talent of pianist, Allison Brewster Franzetti. She has explored Brazilian Chorinho music and spent several years studying this style as well.

Ms. Levin has a Master’s Degree from Manhattan School of Music and prior to that she studied in Paris, France where she was awarded the “Certificat de Musique de Chambre” from the Ecole Normale de Musique. She holds a Bachelor of Arts Degree from Sarah Lawrence College in Bronxville, NY. She has given several Master Classes in Spanish in Costa Rica and Ecuador, and has translated for Master Classes in Costa Rica for other flute Artists. In August of 2005 Ms. Levin gave a lecture/performance on Ecuadorian Mestizo Music at the National Flute Association Convention in San Diego. In 2006 she published Ecuadorian Mestizo Music for Flute and Piano. Ms. Levin performs and teaches at the International Flute Festival in Costa Rica. She was conductor of the Young Artists and Young People’s Flute Choirs of the Stamford Young Artist Philharmonic from 2006 – 2010. Ms. Levin performs regularly in the north east region and teaches privately.

One of Sharon’s specialties is preparing students for competitions and auditions. Many of her high school and middle school students have received high scores with the Connecticut State Regional Auditions and have been invited to participate in Regional Band and Orchestra Concerts. Some of Sharon’s students have even gone on to participate in All State, be invited to play with professional orchestras, perform honors recitals, and even be selected as a concerto competition finalist.

“She has something…an understanding of the architectural underpinnings of a piece and an ability to find its emotional hot spots.”
– The Wall Street Journal

“Charming…marked by a keen sense of proportion and balance…a wonderfully mellifluous quality, particularly due to the sweet tone of the flute. The robust hearty tones of the flute…were awesome.”
– The Star Ledger, NJ