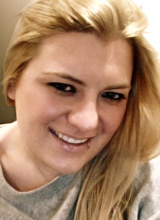 Born in the town of Fairfield, Connecticut, Mezzo-Soprano Whitney Cane had always held an interest in music. From the age of eight, Whitney began her classical voice training with the late Pasguale Pappano (father of world-famous conductor Antonio Pappano). A member of numerous select choral groups, she began piano study with former child prodigy, Norma Verrilli, at the age of fifteen.

Jetting to the West Coast to earn a Bachelor of Music degree with an emphasis on Vocal Performance at Whittier College, Whitney continued her piano study under Stephen Cook (Susan Egan’s pianist), classical vocal studies under Donna Nesheim, Jazz vocal studies with Melanie Jackson-Cracchiolo (Latin Grammy nominee), and Pop/Rock studies with Angel Wills-Hart, a mentee of the famous Seth Riggs. Her Brazilian and African percussive lessons were under the direction of Grammy-award winning Danilo Lozano, while her Handbell studies were lead by artist Teresa LeVelle (The Shadowlands).

Recently, Whitney was a featured guest vocalist in Rapper Velocity’s “Another Day,” and was an extra in Breathe Caroline’s “I.D.G.A.F.” music video. In addition to her nearly two-decades of vocal study, Whitney is an experienced event planner and launched her own company, Diamond Fêtes, in January of 2013.

Whitney’s number one priority is to instruct students of all ages in the fundamental principles of music and to provide a fun and inquisitive atmosphere for them to learn and excel.”