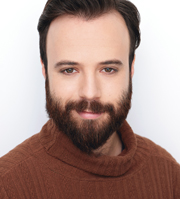 Roni GBZ Jr. is an Israeli born and raised musician, actor and writer. He started learning piano at the age of eight, and continued to do ten years of classical training, which he finished with high marks. Somewhere in the middle of it all he branched off to jazz, and joined a few jazz groups, which started to take more and more importance in his style of playing and composing. After serving in the Israeli military and participating in various music groups, he decided to move to New York to pursue his acting career, enrolling in the prestigious American Academy of Dramatic Arts, from which he graduated on April 2018. However, while in his second year of school, the world of music kept pulling him back and he decided to found multicultural jazz group Any Gama, which now performs regularly all around New York. Roni has extensive teaching experience, and has taught piano privately for many years. In addition to teaching at the Connecticut School of Music, he also teaches at the Real Brave School of Music in Manhattan, New York.