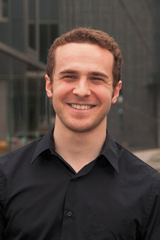 Kevin Sherwin is a guitarist and conductor of orchestral and choral ensembles, who infuses his active concert schedule with scholarly work in music performance practice. Mr. Sherwin’s extensive engagements as a guitarist include his solo debut at the Metropolitan Museum of Art in New York, performances at the Great Music Series in San Diego, the Music without Borders Festival of Montreal, the Yale University Art Gallery, and concert tours throughout Boston, San Francisco, and Los Angeles, as well as Kentucky, Ohio, Minnesota, and Wisconsin. As a concerto soloist, he has also performed major works including the Rodrigo Concierto de Aranjuez, Villa-Lobos Concerto, and Vivaldi Concerto in D Major, among others.

Mr. Sherwin is entering his third season as Associate Artistic Director of the period-instrumental ensemble, The American Baroque Orchestra. Kevin Sherwin was previously conductor of the Yale-based ensemble, the Academy Sinfonietta. As well, he was Artistic Director of the New Haven Summer Chorus and Orchestra and Associate Conductor of the renowned Yale Russian Chorus. Among his awards and honors, Mr. Sherwin was cited in 2016 by the Town of North Haven, Connecticut, for excellence in contributing to the musical arts. In addition, he has received additional awards from the American String Teachers Association, the Guitar Foundation of America, Phi Mu Alpha Sinfonia, and the National Foundation for the Advancement in the Arts.

As a scholar, Mr. Sherwin was an invited speaker at the Indiana University Jacobs School of Music for the conference “Historical Performance: Theory, Practice, and Interdisciplinarity.” He also has given lectures for the New Haven Symphony Orchestra and the American Baroque Choral Festival, in addition to having written program notes on a new edition of the Brahms Requiem for Yale Schola Cantorum. Mr. Sherwin has worked as a performance practice researcher for the Yale Collection of Historical Sound Recordings, specializing in string and orchestral performance practices of the late 19th and early 20th centuries. Mr. Sherwin is extending his performance practice research further into the 20th century, serving as a researcher for the Charles Ives Society.

Kevin Sherwin, a graduate of Yale University, has studied guitar with Christopher Ladd and previously with Tali Roth at the Juilliard School. Mr. Sherwin, during his time at Yale College, served as an apprentice conductor to Mark Bailey. He continues to work with Mr. Bailey on several ongoing projects related to the American Baroque Orchestra, including as a founding member of The Musica Vera Duo, the ABO Choral Festival and The American Romantics, both of which he co-conceived.